IN recent times, more Nigerians are coming down with different kinds of cancers. The situation has been blamed on exposure to chemicals, unhealthy lifestyles, and genetic mutation.
However, this disease that is believed to cause at least 13 per cent of all deaths worldwide has no conventional cure, but palliatives. Some of the known treatments such as chemotherapy and radiotherapy have been shown to have serious side effects.

“In this study, we investigated the anti-proliferation activity of Og leaf extract on prostate cancer (PC-3) cells in-vitro, because we believe that Og leaf extract may contain novel cancer-fighting compounds. Our results show that aqueous Og leaf extract inhibits proliferation of treated PC-3 cells in a concentration dependent manner.”
Scientists have also found that the sausage tree (Kigelia africana/pinnata) could be effectively used to treat cancers.
According to ethnobotany and recent scientific work of Professor P. J. Houghton ?of the Pharmacognosy Research Laboratories, ?Department of Pharmacy, King’s College London, “experiments into the effect of Kigelia extracts and some of the pure compounds contained therein, on micro-organisms and cancer cells have shown that the traditional use of this plant is given considerable justification. In addition, there exists evidence for its anti-inflammatory reputation.”

Investigation into the biological activity of Kigelia pinnata has focussed on its antibacterial activity and its cytotoxic effects against cancer cell lines. These are related to the traditional uses of bark and fruit extracts for treating diseases caused by micro-organisms and as a remedy for skin cancer.
Also, a Nigerian born Professor of Biology, Ernest Izevbigie has patented a formula made from bitter leaf (Vernonia amygdalina).
This bitter leaf-based formula is a proven anti-diabetic and anti-cancer formula in laboratory and clinical trials. This formula product can also benefit HIV/AIDS patients. It has been patented: U.S. Patent 6,713,098 in 2004 and the second 6,848,604 in 2005.

Izevbigie said, “we found that in using the plant material (from Vernonia amygdalina), some compounds from the extracts were able to inhibit the growth of breast cancer cells. Later through collaborative research, we found they were also effective in other tumor cells.”
Izevbigie explained that evidence from cell culture and animal studies research and reports from individuals reveal that bitter leaf formula supplement may abate or improve the health conditions or symptoms of Human Immuno-deficiency Virus (HIV)/Acquired Immune Deficiency Syndrome (AIDS) patients including abrosia (wasting away), nausea and vomiting, compromised immune systems etc. Bitter leaf supplement-induced stimulation of the immune system offers hope to many suffering with AIDS related diseases.

The professor further explained that available data shows that bitter leaf extracts might be effective against herpes virus, and against Kaposi sarcomas (KS), a tumour caused by Human herpes virus 8 (HHV8).
Some of the principal chemical compounds found in the bitter leaf herb are known as steroid glycosides – type vernonioside B1. These compounds possess potent anti-parasitic, anti-tumor, anti-inflammatory, and anti-bacterial effects.
Also, researchers have found that pawpaw leaf extract and its tea have dramatic cancer-fighting properties against a broad range of tumors, backing a belief held in a number of folk traditions.
University of Florida, United States researcher Nam Dang and colleagues in Japan, in a report published in the Journal of Ethnopharmacology, documented pawpaw anticancer effect against tumors of the cervix, breast, liver, lung and pancreas.
The researchers used an extract made from dried pawpaw leaves, and the effects were stronger when cells received larger doses of pawpaw leaf tea.

Dang and the other scientists showed that pawpaw leaf extract boosts the production of key signaling molecules called Th1-type cytokines, which help regulate the immune system.
This could lead to therapeutic treatments that use the immune system to fight cancers, they said in the February issue of the journal and released Tuesday by the university.? Papaya or Pawpaw has been used as a folk remedy for a variety of ailments in many parts of the world, especially Asia.
Deng said the results are consistent with reports from indigenous populations in Australia and his native Vietnam. The researchers said pawpaw extract did not have any toxic effects on normal cells, avoiding a common side effect of many cancer treatments.

Researchers exposed 10 different types of cancer cell cultures to four strengths of papaya/pawpaw leaf extract and measured the effect after 24 hours. Papaya slowed the growth of tumors in all the cultures. Dang and a colleague have applied to patent the process to distill the papaya extract through the University of Tokyo.
Also, cannabis has shown promise as an effective remedy for cancers. According to a study conducted by researchers from the Complutense University in Madrid, Spain, and published in the Journal of Clinical Investigation, the active ingredient in marijuana appears to target cancerous brain cells for destruction while leaving healthy cells alone.

ç
Researchers first conducted an experiment in mice that had been engineered to carry three different grafts of human brain cancer. They injected the mice daily with the molecule tetrahydrocannabinol (THC) near the site of the tumors once each day. The chemical appeared to stimulate the cancerous cells to engage in a process known as autophagy, in which cells initiate their own breakdown.

Leader of the team of researchers, Guillermo Velasco, said, “these results may help to design new cancer therapies based on the use of medicines containing the active principle of marijuana and/or in the activation of autophagy.”
THC belongs to a class of chemicals known as cannabinoids, named after the cannabis (marijuana) plant in which they occur. It is the chemical responsible for the psychoactive effects of marijuana consumption.
The findings add to mixed evidence about the effects of marijuana on human health. Studies have suggested the drug can raise a person’s risk of heart attack or stroke and cause cancer.

Other research has shown benefits, such as staving off Alzheimer’s, and many doctors view THC as a valuable way to treat weight loss associated with AIDS, and nausea and vomiting associated with chemotherapy in cancer patients.
Velasco and his team’s study included an analysis of two tumours from two people with a highly aggressive brain cancer, which showed signs of autophagy after receiving THC.
The researchers said the findings could pave the way for cannabinoid-based drugs to treat cancer, although that approach has so proved unsuccessful when it comes to obesity.
The active compound in marijuana, THC, can slow the growth of lung tumours and reduce the spread of the cancer in mice, a preliminary study reveals.

Human lung cancer tumours grew less than half as fast in mice that received moderate doses of the compound, the researchers reveal. They hope that drugs mimicking the apparent anti-cancer effects of THC could one day help treat patients. The team strongly discourages people from self-medicating by smoking marijuana, noting that doing so could potentially encourage tumour growth.
U.S. scientists led by Dr. Sean McAllister have said that a compound found in cannabis may stop breast cancer spreading throughout the body. The research team from the California Pacific Medical Center Research Institute is upbeat that cannabidiol or CBD could be a non-toxic alternative to chemotherapy.
There more than 400 active chemicals in cannabis. CBD is one of those major chemical compounds with active healing properties found in cannabis. The other major compound is known as THC. CBD is an anti inflammatory that restores the normal homeostatic balance of the human cells.
It has been reported for several years now that CBD offers the hope of a non-toxic therapy that could achieve the same results without any of the painful side effects. This latest research appears to prove another solid confirmation of this age-old claim.

CBD works by blocking the activity of a gene called Id-1, which is believed to be responsible for the aggressive spread of cancer cells away from the original tumour site – a process called metastasis.
Past work has shown CBD can block a range of aggressive cancers including human brain cancers. This latest study found CBD appeared to have a similar effect on breast cancer cells in the lab.
Several cancer drugs based on plant chemicals are already used widely, such as vincristine – which is derived from a type of flower called Madagascar Periwinkle and is used to treat breast and lung cancer. It will be interesting to see whether those, who have banned and demonised cannabis, will permit CBD to be used to heal women with breast cancers.

Following the growing interest in medical benefits of cannabis, a new study finds that the compound can help fight prostate cancer. According to the study published in the British Journal of Cancer, chemicals found in cannabis can stop prostate cancer cells from growing in the laboratory.
Its active chemicals known as cannabinoids — methanandamide and JWH-015 — are also reported to be effective in reducing the size of the tumor in mice.

The compound is believed to block CB2 receptors on the surface of the cancerous tissue, preventing the division and growth of the tumor cells. It is reported to be more effective in treating aggressive prostate cancer cell types, which do not respond to existing hormone treatments.

Scientists hope that cannabis-based medicines could help fight prostate cancer in the near future. They, however, stressed that an individual should not start smoking cannabis with the aim of fighting the disease, as its use is associated with psychotropic effects. 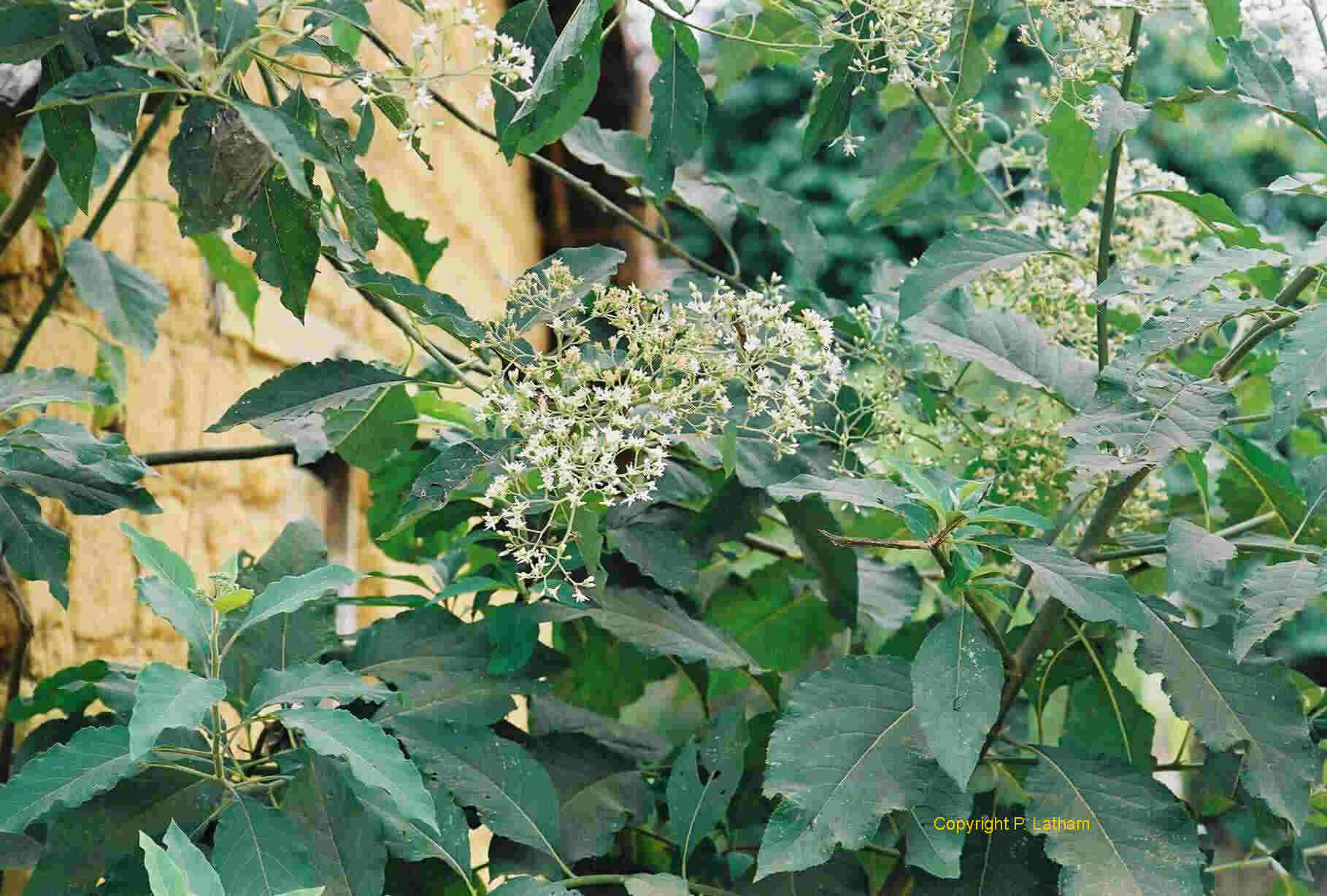